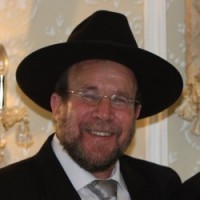 For the past 30 years he has served as a Moreh Horah for kashrut in his home communities. He has given shiurim to hundreds of students in Yora Daya both individually and as part of a wider range of Semicha programs. Many of his talmidim have chosen to pursue careers in rabbuus, chinuch, chaplaincy and as kashrut supervisors. In addition he has built learning chaburas in the United States, England, South Africa, Australia and Israel.

For many years R’ Channen was a prolific writer and illustrator authoring books such as “Tallis Ends and Other Tales” which brings to life 10 difficult Sugia’s in Baba Kama, Baba Metzia and Baba Basra and was given an excellent review by the late Dr. Joseph Kamnensky zt’l the former Director of Torah U’ Mesorah. R’ Channen’s latest works are the Igeress HaRamban and Birkat Hamazon (both Pirchei Shoshanim publications) which have received worldwide attention and interest. Birkat Hamazon has been translated into Russian, French and soon Spanish.

R’ Channen has just recently published a book based on his teachings at Yeshivas Chonen Daas called “Keeping Kosher in the Kitchen”.

R’ Channen has developed a unique style of teaching which enables any student to understand very difficult concepts in a manner that stretches one’s abilities to perceive and absorb much more than before . The Rav has gained an international reputation as a thorough and dynamic teacher whose classes are interactive, intense and enjoyable. Yeshiva Chonen Daas is proud to present a new Semicha course designed by the Rav which will hold the attention and develop the skills of students of all levels. 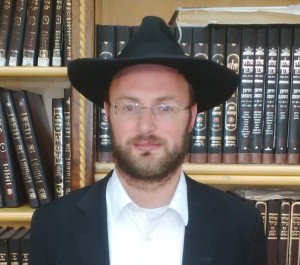 Rabbi Gefen is a close talmid of Rav Yitzchak Berkovits and a Rosh Chabura in The Jerusalem Kollel led by Rav Berkovits. Rabbi Gefen’s deep knowledge of Judaism has been acquired over 16 years of intensive Torah and Talmudic study at the Aish HaTorah Yeshiva and Jerusalem Kollel, and this is broadened by his degree in history and politics from the University of Birmingham, UK.

He has been teaching a wide spectrum of halacha in the Kollel for the past 6 years based on Rav Berkovits’ source sheets which comprehensively outlines the sugyas from Gemara, through the Rishonim and Acharonim and down to the practical halacha.

He is also a successful author and has written for the major newspaper Hamodia. He continues to produce Divrei Torah in his popular columns on Aish.com and Torah.org inspiring people across the spectrum of Jewish observance to live with the vibrancy and beauty of Torah. He has written four books “The Guiding Light” 1 & 2 on the weekly Parsha, “A Light in Time” on the Chagim and “Beacons of Light” on the characters of the Torah. 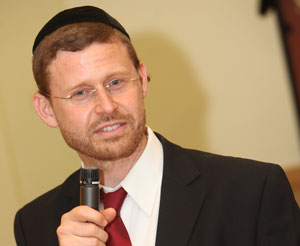 Rabbi Dr. Shmuel Katz studied at Yeshivat Keren BeYavneh at a very early age under the guidance of Rav Goldvecht zt”l. From there he attended Yeshiva University where he majored in Physics.

He was offered a free full scholarship to N.Y.U. Dental school and graduated with Honors in 1993 and at the age of 30 he moved to Israel with his family and dedicated his time to learning.

Over the last 18 years Shmuel has taught the entire Sha’s and Shulchan Aruch to a nice group of “Chaverim”. Shmuel currently runs 8 free dental clinics in Israel and has limited his practice to the removal of impacted wisdom teeth in Ramat Beit Shemesh. His main goal is the study of Halacha and learning from others. 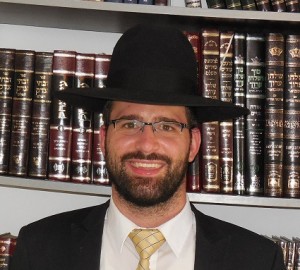 Rabbinate, shechita and mila semichas from Av Beit Din HaRav Eliyahu Benchaim shlita. In 2016 he received his Nidda semicha from HaRav Meir Sirota shlita of the Badatz Eida Charedis. In 2018 he completed the Israel Rabbinate Nidda Semicha Exam with an excellence score of 98%.

In addition, he holds a degree in fitness and nutrition, manages a personal fitness training business that helps others adopt a healthier more active lifestyle. He resides in Ramat Beit Shemesh with his wife and children. 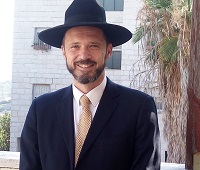 Rabbi Motty Rabinowitz has lived and taught Torah in three continents. After growing up in the UK he studied in Yeshivat Kerem B’Yavne and Yeshivas Mir, served in the IDF, received Semicha from the Israel Chief Rabbinate, taught in Yeshivos Hakotel, Netiv Aryeh and Aish Hatorah.

Switching to North America, Rabbi Rabinowitz was an energetic high-school Rebbi in Philadelphia, Brooklyn and NY. Later in Baltimore, while working as a Software Architect he delivered weekly Halacha shiurim across the spectrum of Shulchan Aruch and contemporary Jewish Law. Now back in Ramat Beit Shemesh with his wife and 4 children he lectures regularly in Choshen Mishpat, Medical Halacha and Ethics. 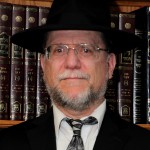 Ephraim has been living in Baltimore since 1987. After many years studying Gemorah he was looking for a structured program in Halacha. In 2010 He joined the Issur V’Heter chabbura under the guidance of Rav Channen and received semicha from that program in 2012. He also completed the Kiddushin and Orach Chaim Programs.

He inherited the Baltimore chabura in 2012 and has been running it ever since. The chabura meets at Congregation Darchei Tzedek in Baltimore and is also broadcast over the Internet. As an aide in grasping the complexity of Issur V’Heter, R’ Horowitz has developed a set of diagrams that compliment the course material generated by Rav Channen.